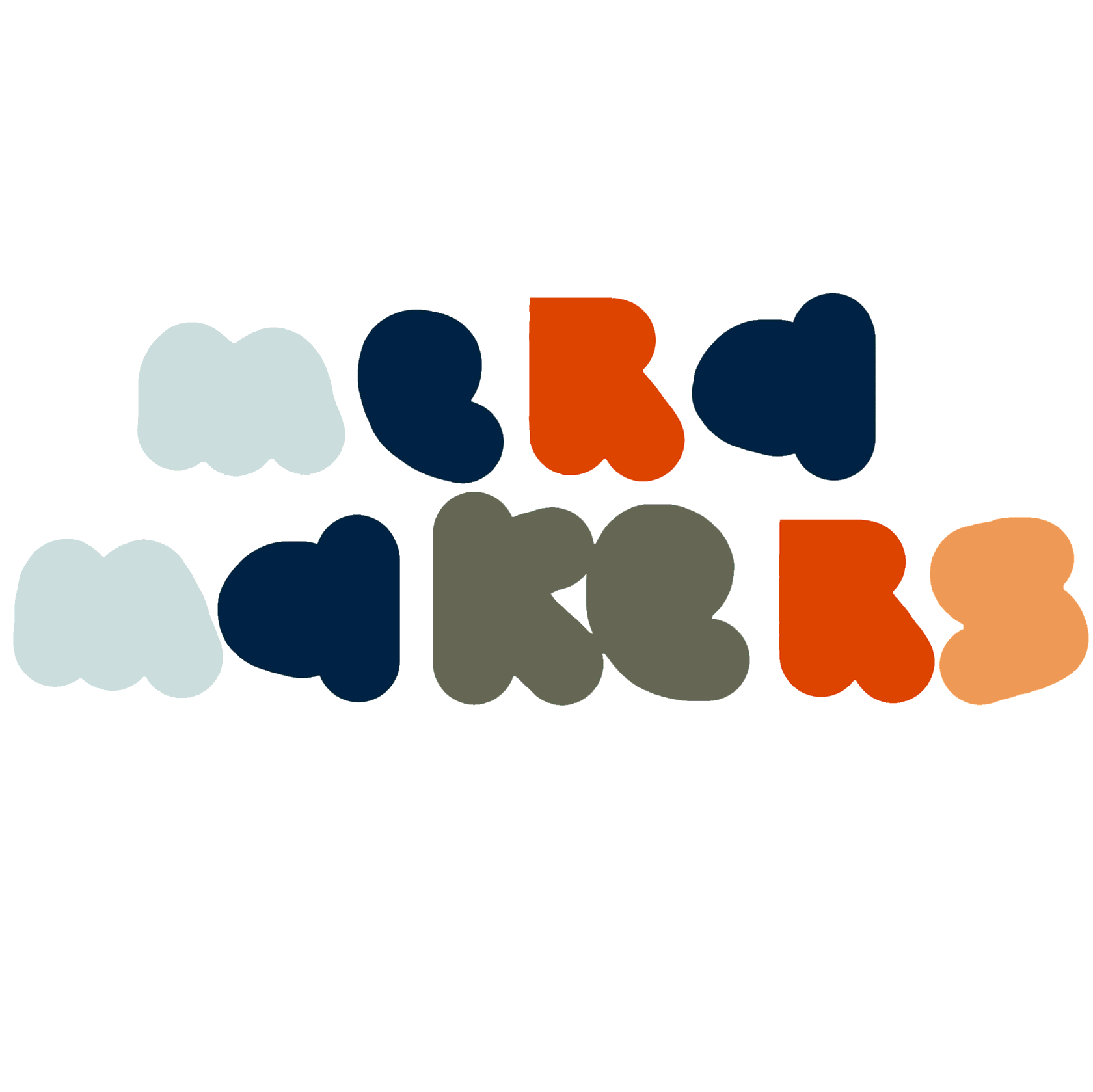 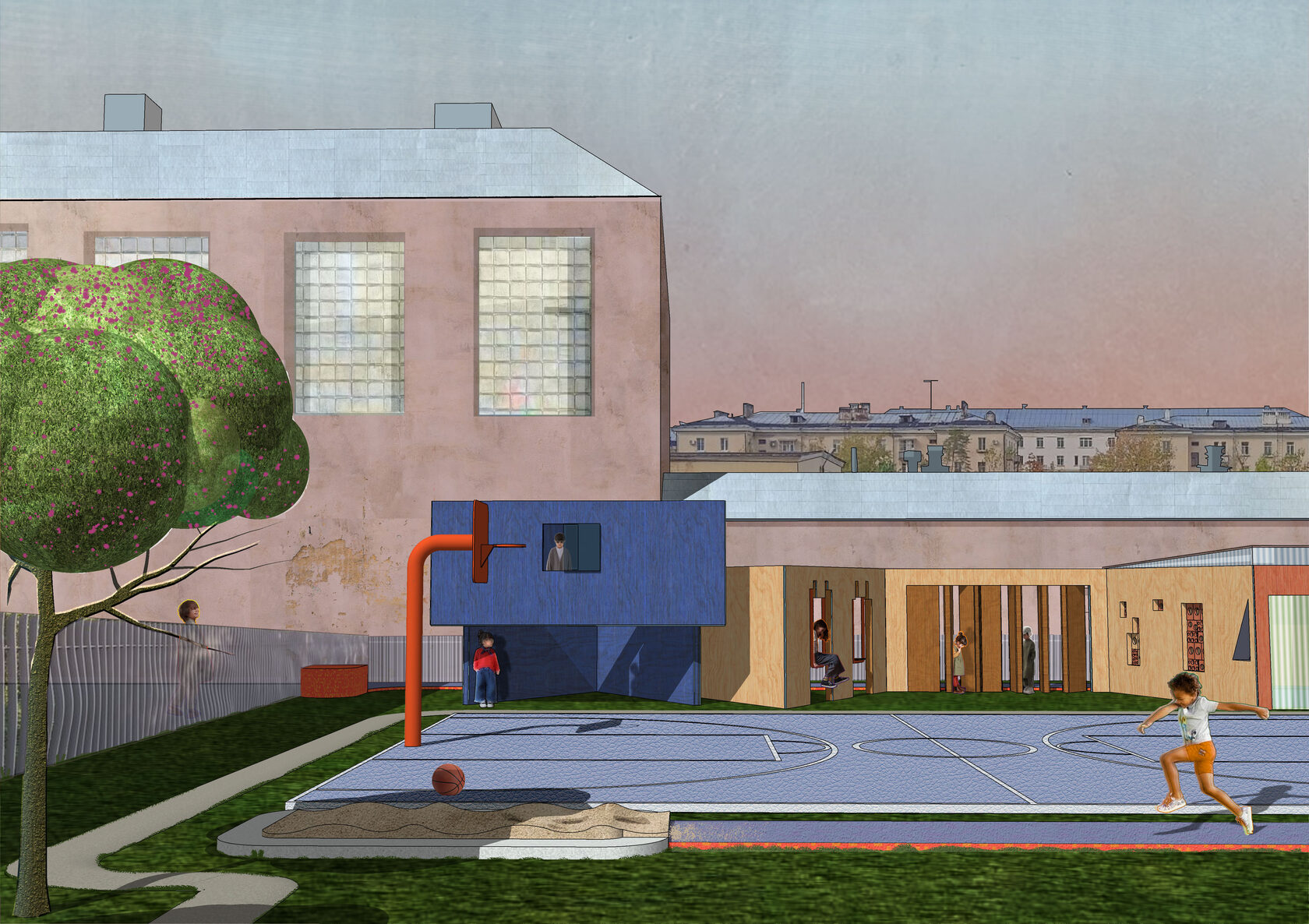 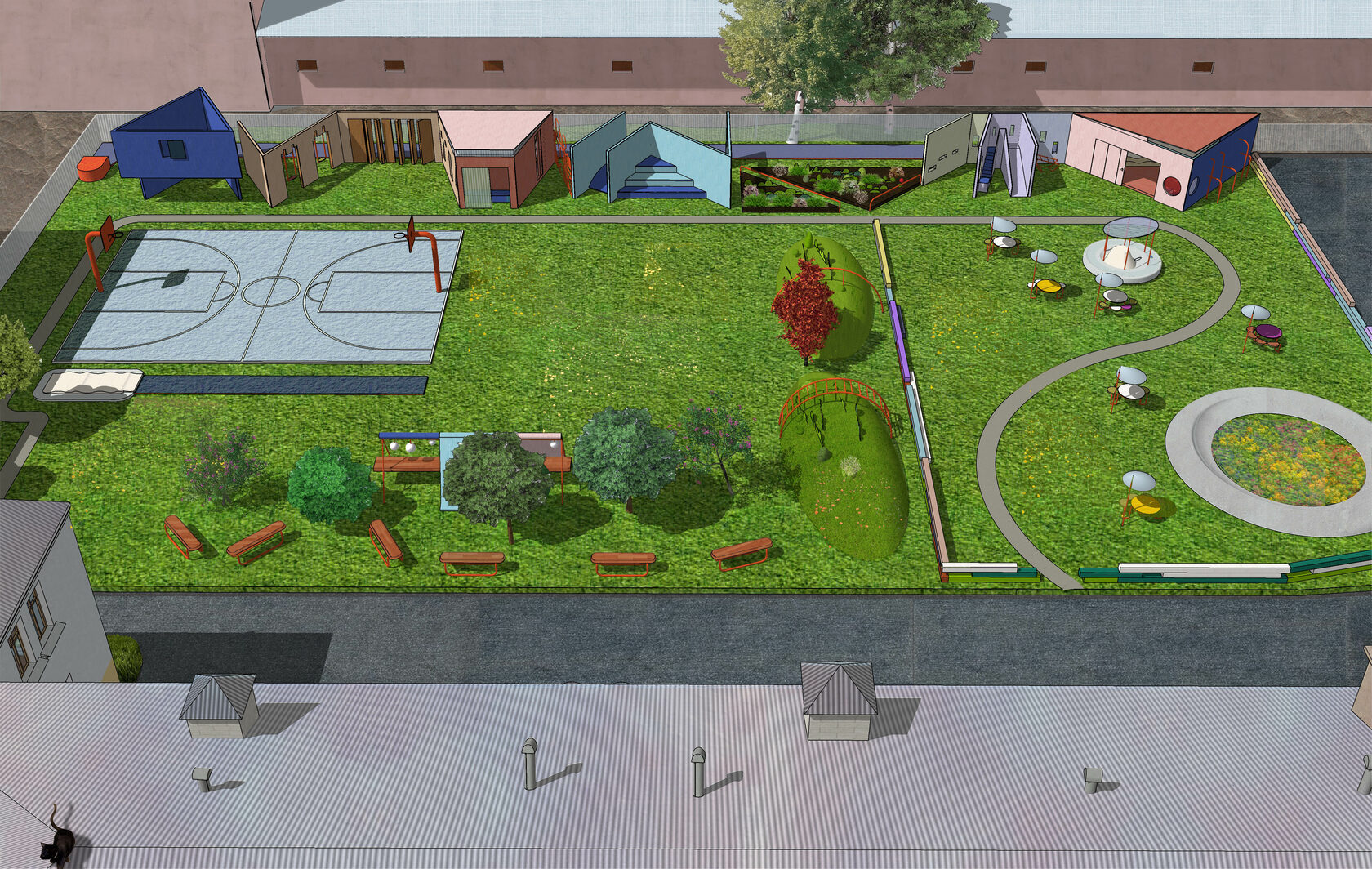 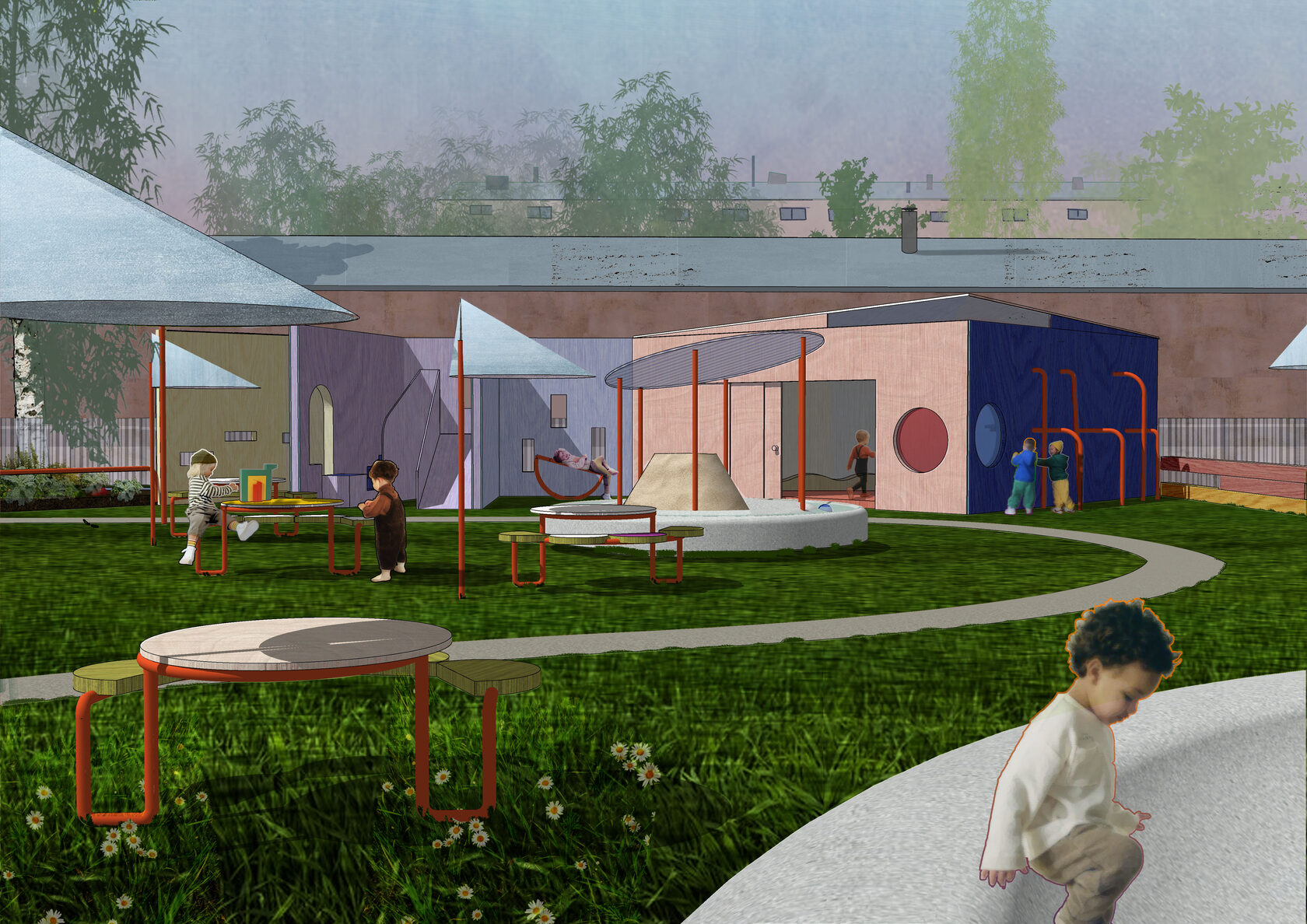 A book of fairy tales with a magic ball that leads the main character through obstacles and points the way - these two images became the basis for the visual concept of the project.
The space of the school yard, which is attractive not only in terms of play and recreation, but also creates new educational and educational opportunities. 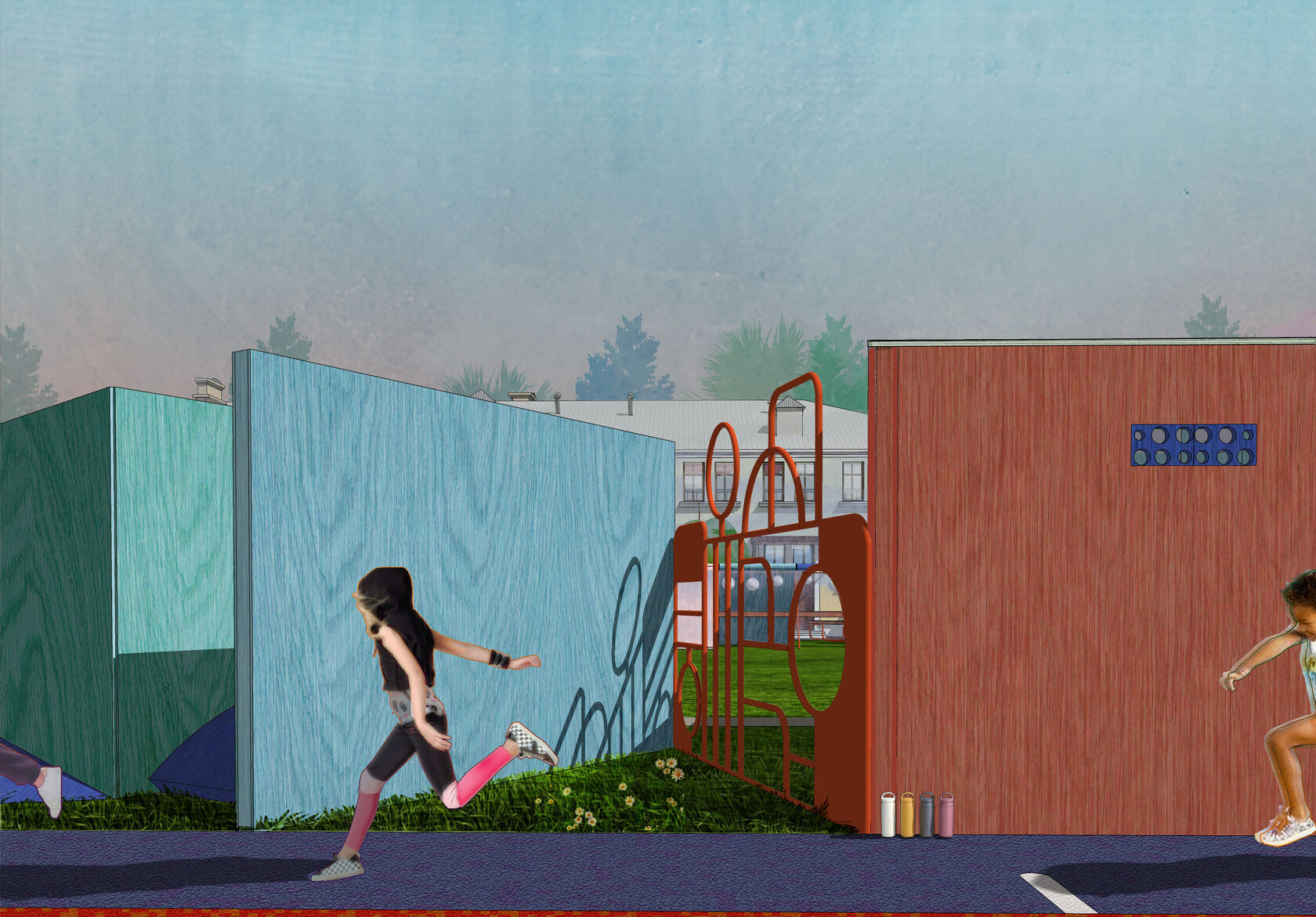 The verandah-book stretched from the edge of the elementary school lot to the other edge of the kindergarten lot. Between them is a small garden, which is a common space for all pupils.
The peculiarity of the site - its location along the corridor of the neighboring school became a prerequisite for the creation of an extended veranda in the form of an open book, filled with various activities and combining many functions. 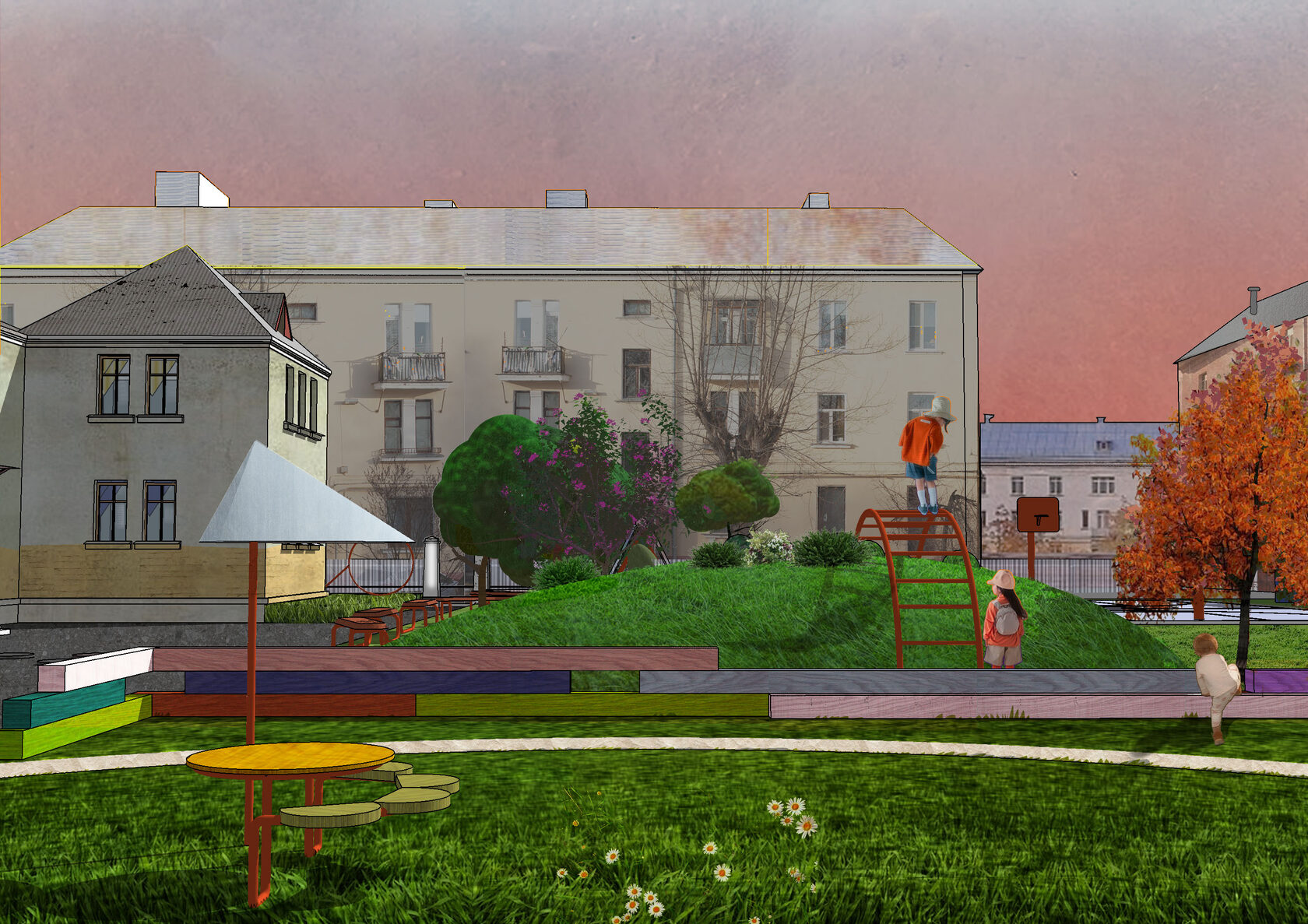 The common space for school holidays and activities is a long table with lighting and awnings that provide shade in sunny weather and save from rain. 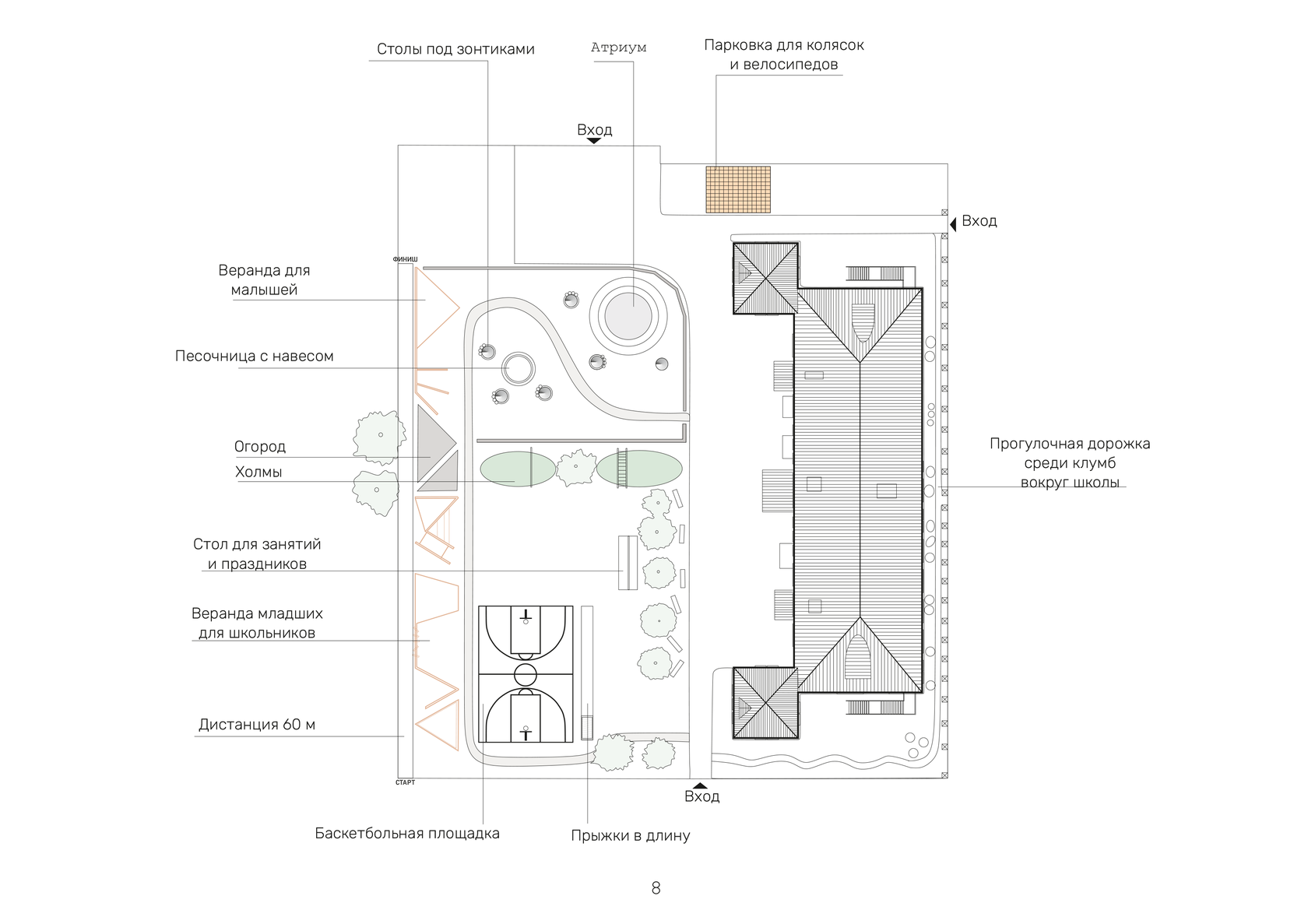 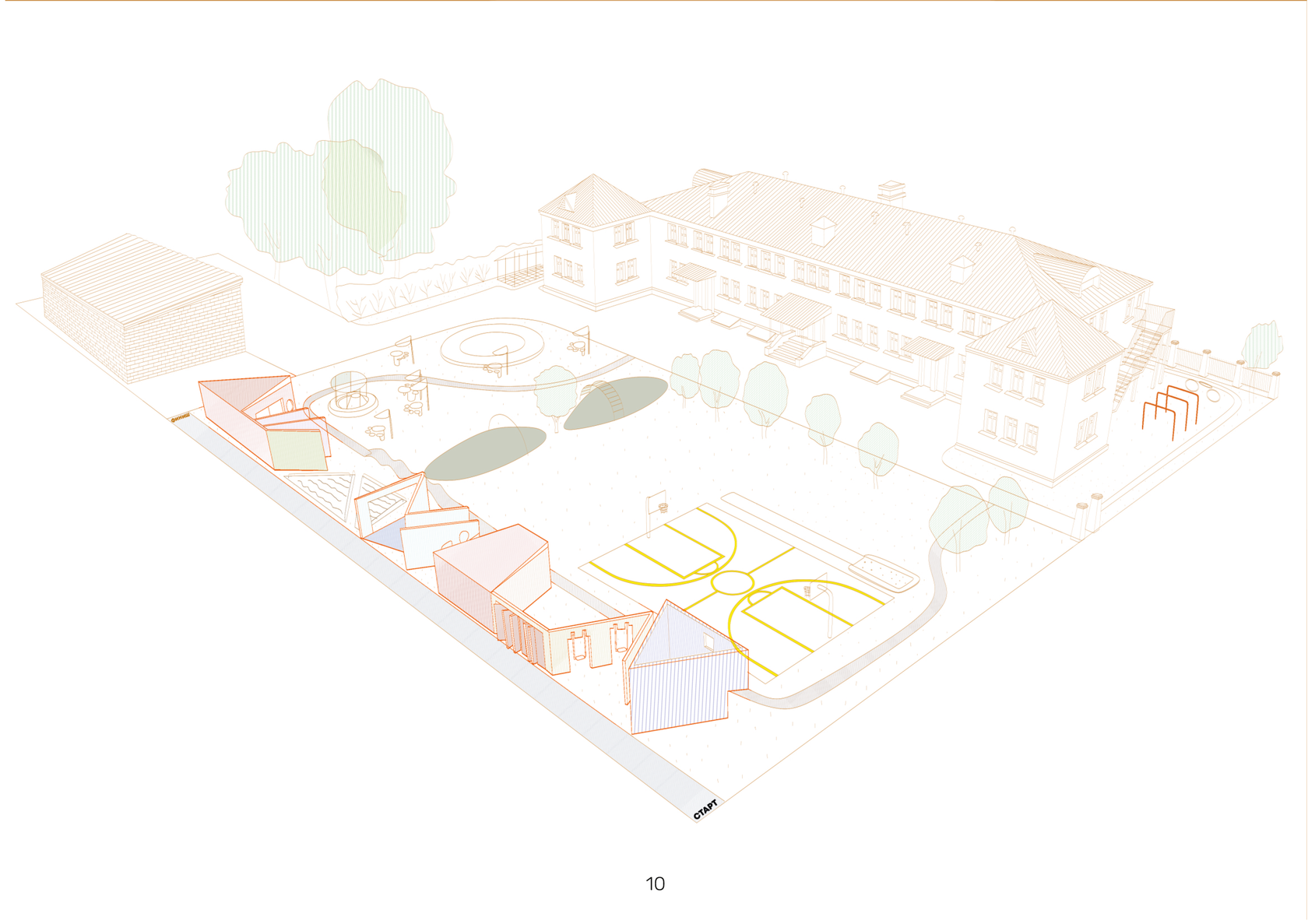 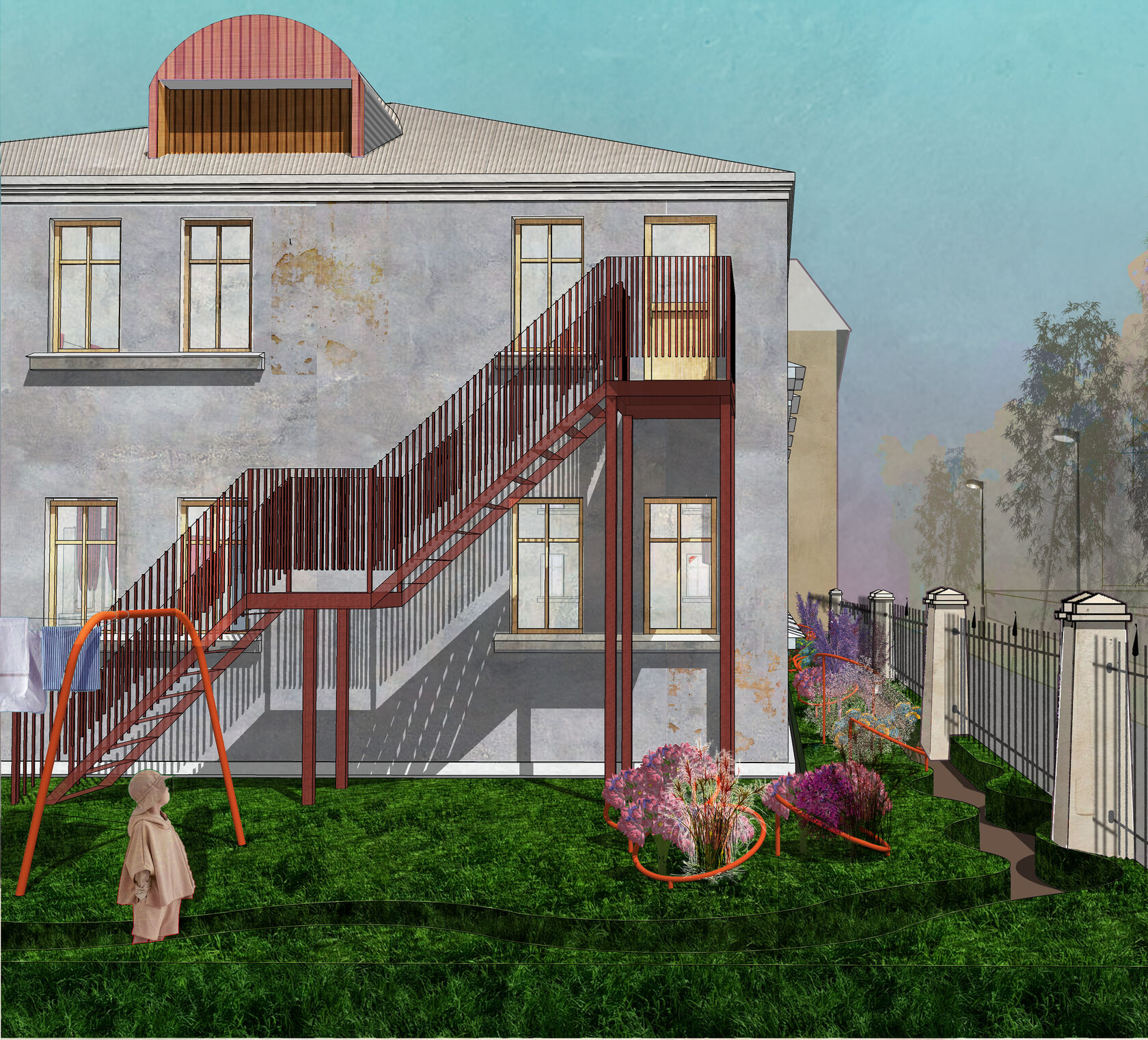 Two play hills have grown between the areas of the kindergarten and elementary school students - to become a visual division of spaces and at the same time a common place for play.
In winter, the hills can be used to create snow slides. 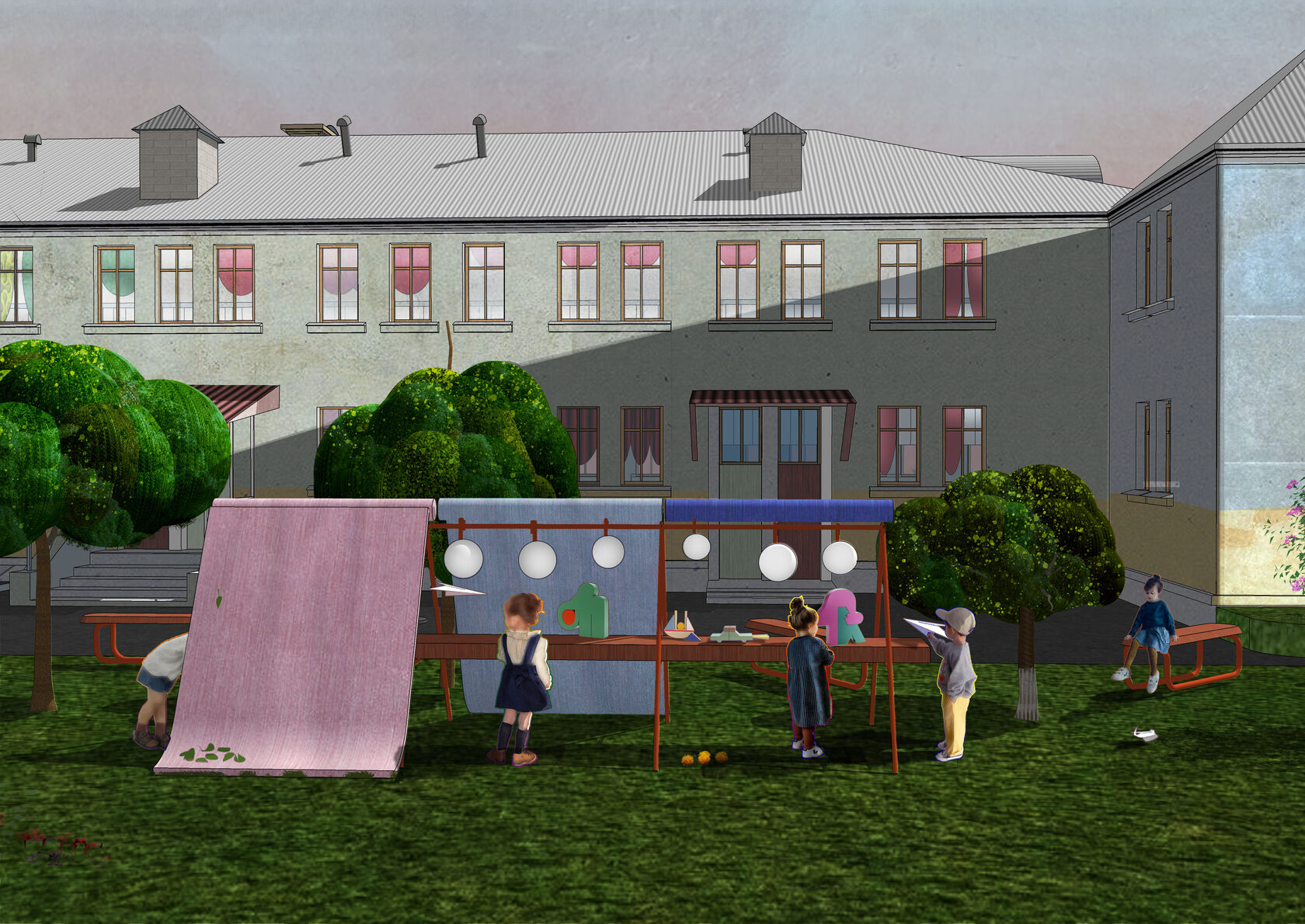 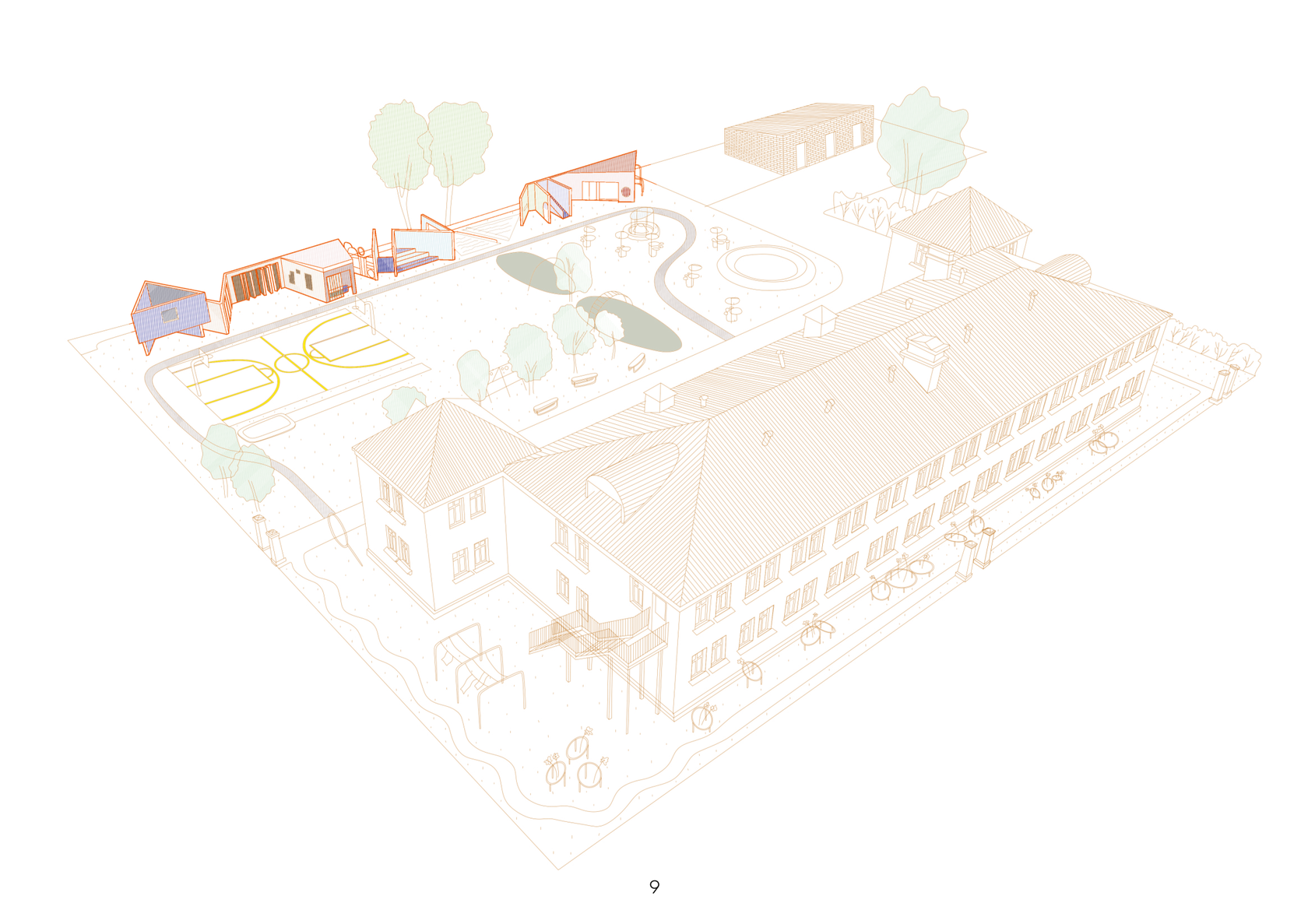 The space of the facade from the side of the street is given over to the promenade area with flower beds.
Made on